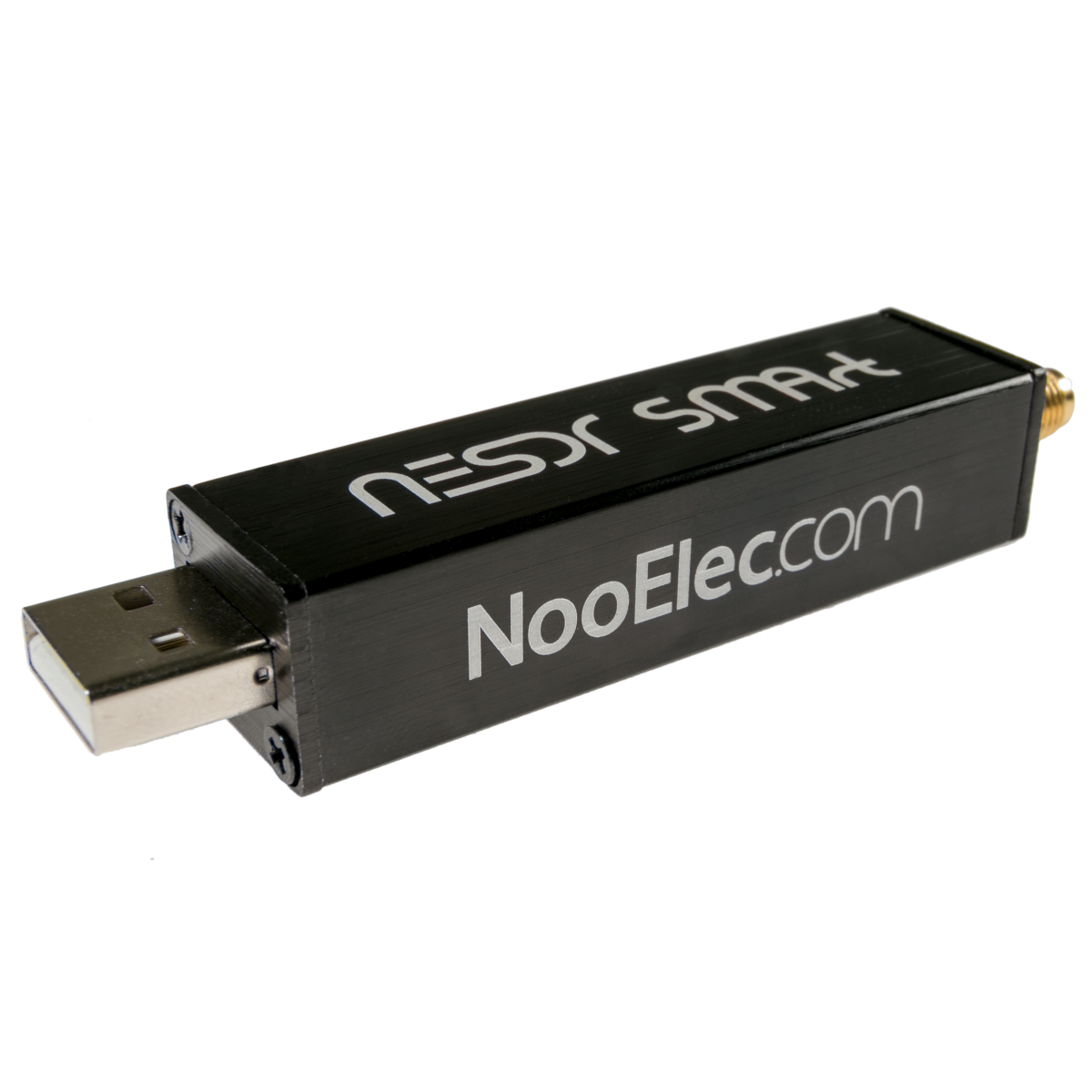 In this HowTo, I will show you how to get started using a NooElec NESDR SMArt on a computer running Ubuntu 17.04.

The first thing to do after you have your NESDR SMArt plugged into your Ubuntu computer is to run the command lsusb.((5 Ways To Open A Terminal Console Window Using Ubuntu.)) This will list all of the USB devices attached to the computer. If things are working as they should be, you will see the NESDR SMArt listed as: Realtek Semiconductor Corp. RTL2838 DVB-T. The DVB-T is the telling part. It means that the operating system has recognized the device and loaded, what it believes to be, the correct driver, since the default use of the device is to receive television broadcasts.

lsusb shows that the dongle is seen

This can be further seen by using the command: lsmod | grep dvb, which lists the loaded modules (drivers) and filters them to just show the ones that have the letters dvb in them. You will see they are loaded.

lsmod shows that the dvb driver is installed and loaded

What we need to do now is remove those modules (drivers) and load the ones dedicated to using the device as an SDR.

We start by “blacklisting” the default drivers. This is done by editing the file ((A Beginners Guide To The Nano Editor)) /etc/modprobe.d/blacklist-dvb.conf.

Add the following to the file: blacklist dvb_usb_rtl28xxu, save, and close it.

What that does is disallow the default module (driver) to load. Now we need to tell it to load the driver we want. But first, we need to download it onto the computer.

sudo apt-get install rtl-sdr will install the package we need. This will have the drivers and utilities related to using a SDR.

It is now installed.

If you don’t have an antenna hooked up yet, now is the time to do so.

Now come the real test. Let’s see if the SDR works at the lowest level we care about; which is tuning on a particular frequency and seeing if we hear anything. We do this by executing rtl_test.

Results of rtl-test. You want it to stop here and not print any more lines.

The first part of the test will test the parameters of the SDR and then it will attempt to tune in to a frequency. It is at this point you want the test to stop printing to the screen; because anything more is an error that occurred.

At this point you have “the guts” installed. You have the modules and libraries loaded that are needed to run the dongle as a software defined radio. The next step is to put a pretty frontend on this to make it easier to use, as well as add functionality — like a waterfall display.

With Ubuntu, the easiest way to do that is with Gqrx. It is available in the Ubuntu Software store, and therefore, easy to install.

With Gqrx installed, start it up and it is going to ask you what you want to use as the source.

You want to change the Device to your dongle.

For more information on Gqrx SDR, I suggest starting with this article on the Gqrx SDR website.